A downloadable game for Windows, macOS, and Linux

"OXENFREE: The emotional adventure game you need to know about" - IGN

"A mix of Freaks and Geeks, Poltergeist and the best teen films of the ’80s" – Polygon

Oxenfree is a supernatural thriller about a group of friends who unwittingly open a ghostly rift. Play as Alex, a bright, rebellious teenager who brings her new stepbrother Jonas to an overnight party on an old military island. The night takes a terrifying turn when you unwittingly open a ghostly gate spawned from the island’s cryptic past. How you deal with these events, your peers, and the ominous creatures you’ve unleashed is up to you.

YOU determine every aspect of Alex's story while exploring Edwards Island, uncovering the base's dark past, and changing the course of your friends' lives.

Music and Sound by scntfc

In order to download this game you must purchase it at or above the minimum price of $9.99 USD. You will get access to the following files:

I got this game on Steam as well.

It was a cool experience, although I feel like the story was “dragging on” at some points.

I got a interesting ending too.

Any plans on bringing Afterparty to Itch.io ?

For Linux users out there, ./play.it now has support for the itch.io version of Oxenfree.

loved this! the characters and the relationships all felt so realised  and i think the ending's gonna haunt me. anywayyy i gotta go replay the game and get the other endings now (and probably end up wiping a few tears away again)

God damn is this game boring as fuuuck! I normally absolutely adore story-driven/character-driven stories, I've played both Night in the Woods, and What Remains of Edith Finch, but holy hell. The worst thing about this game is the dialogue writing and the voice acting. People were complimenting the voice acting in this, but I found all of the characters to be very phony sounding. They talk about NOTHING for 80 percent of this game, and it's not a humorous or charming nothing, no, it's absolutely boring. The dialogue choice go by a little too quickly, and that becomes even worse when dialogue overlaps and interrupts one another. Honestly I had no idea what anyone was saying half the time.

I will say, the art style is pretty good, albeit a little jarring at times. I like the premise and the music, but the execution of everything is as if someone threw this together in Unity and called it a day.

Not really worth the price.

Honestly the dialogue and voice acting were fine. I guess we were playing different games because this comment is hateful. 👎

There is a difference between "hate" and criticism, friend. Also play What Remains of Edith Finch, and you'll see much better voice acting. It's not even that the acting is bad, it's announcer-like, almost like watching a 90s cartoon as 20 year olds act as teens.

I didn’t see the issues you saw and don’t consider it boring so agree to disagree. 🤷🏻‍♂️

saying "goddamn, this game is boring as fuck" is definitely not just criticism. That's needlessly hateful.

It's truly incredible how you made this comment into a personal thing, a review thing, and a completely nonsensical out of touch thing and kept the character on all three for the ride that was this 7 paragraph rollercoaster.
Seriously dude, if your only hobby is to play videogames at least learn to move on when you don't like something, or how much effort it takes to make one let alone give it a 10 US Dollar pricepoint...

see some other people on here talking about the same issue awhile ago but I can't get past the first scene without the game crashing. I would really like to play

I've loved the game! the ending still haunts me

a superb game in the genre of horror the story is good the music is very good voice acting as well. i cant describe with words how much i loved this game but i can with numbers 10/10. thank you dear developers for putting the game in the black lives matter bundle

I am surprised I haven't found this game sooner. I can't wait to turn this into a series. It's mad cool.

Ew imagine self promoting on an indie game's websit

I’m going to keep grinding and supporting indie developers no matter what. Can’t stop won’t stop, so troll away 😂

Well that's a toxic mentality to have for any sort of negative feedback.

It’s not in the least bit negative. I can tell by your comment and nooblydavid that y’all are just negative people. Go take a walk or find something more productive to do with your time.

Like reply to comments on a four year old game?

I really liked the characters, story, setting, and multiple dialogue options, but I wish the "scrolling through the radio" controls were able to be changed. It was AGONIZINGLY slow, and even worse when I got the upgraded radio and had double the channels to look through. Something like holding the R button and using arrows to scroll through it would be much easier to use.

You can keep dragging off the screen, but any time you have to use the radio one of the supporting cast says something like 'any day now'.

lmao yeah, sometimes literally 10 seconds after I opened the radio! Also I noticed that sometimes if I dragged the dial too far and let go, it'd reset back to where I started. Eek.

I've tried playing but it keeps crashing after the boat scene :(

No, just direct download. The file name even says NoSteam

Crashing on loading screens. :( I got past the first autosave but it crashed again when I jumped the fence, and I can't move forward from that point.

Amazing game! The story, dialogue, music and the radio mechanic I love all of it. So far I've only done one playthrough but will play later tonight. The only bug I experienced was on the ending where Alex is telling what happened to her friends after the incident at the island. While the camera is focused on Nona & Ren the game just hanged. Was this just a glitch or it has something to do with my internet coz at that time my net was down. I've tried to reload and everything worked perfectly fine, maybe coz my net is perfectly working? Can somebody confirm this to me? I thought this is drm free game (or I'm wrong) where you can play in offline mode. I noticed the pie chart didn't appear at first but when I reload it appeared and everything goes fine. That is the reason I'm suspsecting that my internet is the culprit. Thanks for reading.

Anyone having sound issues on Mac OS? I can launch the game but there is no sound. I've tried multiple audio output setting but the game is not delivering.

Wowowowow! The visuals, the sound affects, the voice acting, everything. It's all around just a perfect game.

The linux version doesn't run on my machine. This is all the output I get on the terminal, before it exits:

Part 2!! Can’t get enough of this game. I also exorcise things with the power of radio music here. The radio mechanic is cleverly integrated into the game.

Part 1 where an interesting cast of characters is introduced. The mystery surrounding Edward’s Island really hooked me into the game.

the game keeps crashing when its trying to save. Is it because my computer specs are lacking? I'm using a LG gram 2020 by the way.

This was a crazy good adventure! Love the whole ending and how deep the story actually is.

Had absolutely no issues with the game, and it has become quite possibly one of my favorites on here!! I just can’t believe I JUST NOW discovered it. Oxenfree deserves more recognition for sure, it’s a masterpiece.

i know right i havent seen anyone talk about the game so i had no knowledge of its existnce. thank god i read an article about the best games in the black lives matter bundle or else i would have never played it.truly a masterpiece

I'm having a problem with the game where the subtitle just don't turn on, and this really gives me trouble because even if can read in english, I'm not that good in listening the language too and the game doesn't have my first language.(Linux version)

This is one of my ALL TIME favorite games. It's just so perfect

Absolutely, same for me. I don't get why it is so underrated. I don't care. Love it <3

"Bundle for Racial Justice and Equality"

Im trying to play this game but it keeps saying:

Failed to initialize Direct3D.
Make sure you have at least DirectX 9.0c installed, have drivers for your
graphics card and have not disabled 3D acceleration
in display settings.
InitializeEngineGraphics failed

Help? i have everything its asking for and i have 3d accelration installed.

my 3d accleration is enabaled and i have DirectX12

I have this same problem and it really suck:(

I found this fix on the steam forum: go into the folder for the game files and rename the d3d9.dll to d3d11.dll. Worked instantly for me. Good luck!

Worked for me after this too.

Thank you !!! you are a life savior it worked for me

Thank you very much :)

Hi, not sure how to contact the developer on here as I'm new to this, but is there a way I can play this on my macbook, save progress, and pick up again on another Mac? Do I need to copy certain files over?

I really want to play this game so badly but when I download it says "Failed to initialize Direct3D. Make sure you have at least DirectX 9.0c installed, have drivers for your graphics card and have not disabled 3D accelerationin display settings. InitializeEngineGraphics failed" I am using windows 10 and have 3d enabled idk what to do:(

This game is LITERALLY the best. No hate on it being on itch.io, but I got this game when it was free on Epic Games. Let me tell you, I fell in LOVE with the OST. It makes me feel calm, but empty at the same time. I don't know how to explain lol.

Wish I could recommend this game but it just crashes. Unable to get past the boat scene in the beginning.

We're sorry about that! Can you send an email over to support@nightschoolstudio.com with your computer specs? There might be a quick fix. :)

I first played Oxenfree on Xbox Game Pass and I absolutely adore it. I was instantly hooked and finished it in one sitting. I can't recommend it enough, I love it

Sad it took so long for this game to get recognition. I remember when the  ARG for the NG+ came out. I played Oxenfree back when I was in high school, and that was over 4 years ago. It's really fantastic. Can't wait until I get the time to play Afterparty.

This is such an amazing game, I highly HIGHLY recommend this game! The art, voice acting, the STORY, everything about it is so spectacular. I truly hope more people give this game a shot!

one of my favorite games ever! immersive and relatable characters with an amazing story.

An amazing game. I hope more people will give it a try.

Love love LOVE this game!! I restarted it because it's trending. Check out my gameplay!! And all the dumbass decisions I make!! 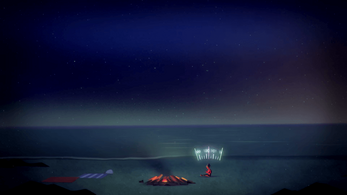 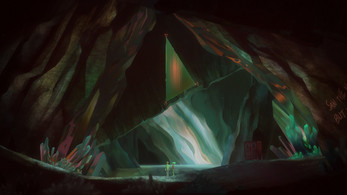 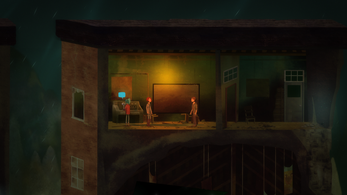 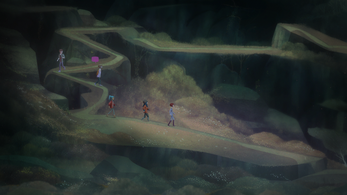 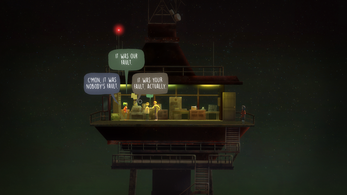